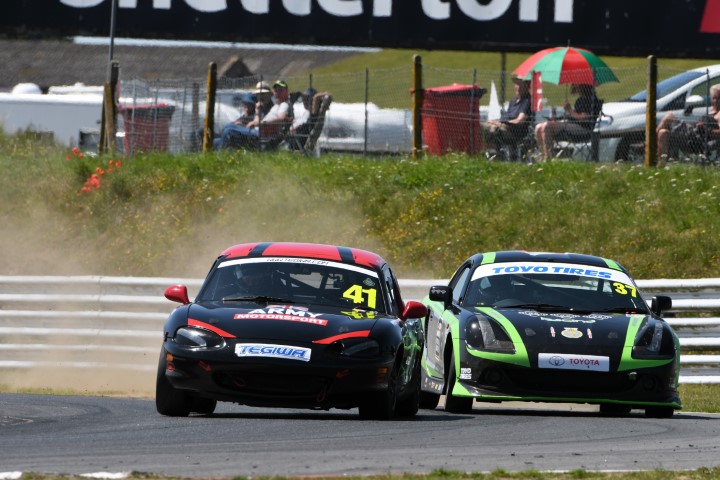 Post the cancellation of the 2020 season, giving a 19 month hiatus the Armed Forces Race Challenge returned for a new season on 17 Jul to an exceptionally sunny Snetterton Circuit in Norfolk.  8 drivers from the RN and RM would contest the inter-services round with all 3 services hoping for an untroubled weekend and some close action.

Snetterton is a fast and flat circuit that requires a lot of commitment in the flowing corners to extract the fastest laptimes. With an eclectic range of cars spanning 4 power classes and with nearly 40 vehicles on the grid finding space in qualifying and getting a trouble-free start of each race would be critical if challenging for a Class podium. For 7 of our drivers qualifying proved relatively painless, but for CPO Sean Graham (Lo-cost) engine issues would force a withdrawal from the race weekend pretty much as soon as it had begun. Mne Adam Dewis (Vauxhall Astra) had an excellent session qualifying first in Class B and second on the grid overall. LH Seb Unwin (BMW 330) and Lt Cdr Keith Attwood (Mini Cooper), also had a productive qualifying being 2nd and 3rd in Class C respectively, with Lt Cdr Mike Wells (Toyota MR2) and CPO Gareth Moss (Mazda MX5) replicating this 2nd and 3rd in Class D.

The start of a race is pretty chaotic, even more-so with the numbers of cars on the grid, packed much closer than what you see in F1 or Touring Cars. It was only by some quick reactions from the field that RN driver CPO Steve Hutchings (Peugeot 106) came off unscathed in Race 1 when his gearbox failed as he was pulling away.  Initially for the remaining RN and RM drivers the first couple of corners saw the drivers file through without issue, but no more than a 1/3rd of the way into the first lap 2nd place starter Adam Dewis lost power and fell down the order.

Seb and Keith found themselves in a tense battle with each other for 2nd in Class throughout the race with only half a second separating them for the majority of the race. Only in the last couple of laps once coming up on backmarkers did Seb claw a proper lead, with him finally finishing 4 seconds ahead of Keith; both finishing 2nd and 3rd in Class respectively. In Class D Mike Wells battled hard to retain 2nd in Class, but a small off when challenging for the Class D lead saw him fall victim to an Army car who snatched 2nd from him, despite pushing hard Mike had to settle for 3rd in Class D. Further back in Class D Lt Si Vernon (Mazda MX5) had a trouble free time in his first race back in 3 years, whilst Gareth Moss had contact with a barrier forcing him to retire on the final lap.

Back in the pits Gareth and Adam both set to work trying to rectify the issues their cars had during the race, but unfortunately for Steve his gearbox was not able to be sorted.  The rest of our drives checked their cars over in preparation for Race 2 and then set to helping out Gareth with getting his wheels pointing back in the right direction.

Race 2 quickly came around and both Adam and Gareth made it back to the grid.  In a dramatic start to Race 2 a slow getaway from a couple of the cars in row 3 saw the field bunch up going into turn 2. This lead to one car braking far too late completely misjudging the situation and crash was inevitable and unfortunately Seb was the car that took the impact, ending his race straight away. Keith was able to avoid the incident and ended up being able to initially take the Class C lead. Despite a valiant effort he was unable to hold onto it for the class win, losing out to Army driver Jon Candler. Mike had a much better race and was held off from Class D victory by only 0.1 of a second. Gareth Moss had a much better race and despite losing his exhaust post a small impact from another car in the closing laps he got the end of the race just in front of Si Vernon. Adam however had mechanical issues again, forcing a retirement after 4 laps.

A solid return to racing for Keith and Mike with in Class podium finishes, but for some of the team a very frustrating weekend and a lot of work to do prior to the next round at Anglesey on 22 Aug. Hopefully Sean, Ads, Seb and Steve can get their vehicles back up and running in time.  For Keith, Mike, Gareth and Si, they will be looking at any areas they can improve to give them a bit more laptime and hopefully a Class win.